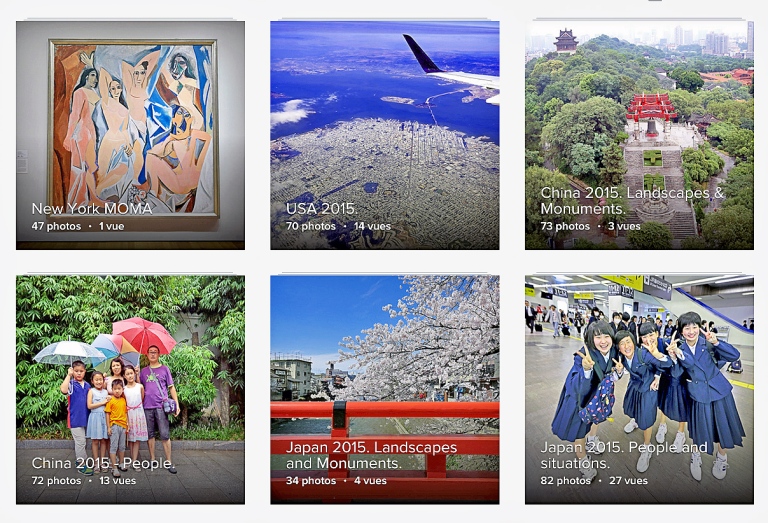 Each year, since 2009, I visit different cities and provinces of China in order to take daily life pictures.

This time, in 2015, instead of coming back home by the same way, I decided to return by East …

I left Paris the 13th of July and was back the 28th of august. Almost one and half month (46 days exactly) for an outstanding journey, even if it was often out of my physical capabilities because I was travelling alone and I had to carry everywhere my 25 kilograms of luggages (backpack and suitcase).

During this journey I saw many different styles of life, I lived many human experiences (I had friends in China, Japan and California) … I brought back around 3,500 photographs and short videos.

During the trip, I also wrote a logbook to describe some noticeable moments. Unfortunately for You, English speakers, he is written in French. That’s the reason, if you want have an idea of the variety of the situations I met, please visit my Flickr’s account.

Enjoy this virtual visit as much I enjoyed the real journey !